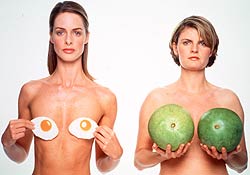 When I watch the program, I sometimes question myself — how does this fit with my feminist beliefs? With my core values regarding women, how women are perceived in our culture? The pressures on women? Women’s body image? Sense of self worth?

I watched a chapter of Trinny & Susannah Take On Israel last night. I did a bit of shouting. I also got a bit teary-eyed.  And what’s the point of having a blog if I can’t write about it?

Here’s What T&S Get Right

Here’s What T&S Get Wrong

One major comment T&S came away from Israel with is that Israeli women should dress up more, and wear more color. I hear them. I feel them. I really do. But failing to understand that a shiny dress would probably only be worn at a wedding in this country, and even then — not at EVERY type of wedding — is not serving the woman they are dressing. If they really want to make an impact, they should find clothing that is still within the gamut a woman would be comfortable with given the social environment, and that also meets their exacting standards. It CAN be done.

That’s the gist of it. I don’t find myself offended by the mere focus on beauty and clothing, given that I am a self-defined femme myself, and I don’t find it un-feminist to wear heels or lipstick. What I do object to is having a cultural dictate that says I am worth less if I don’t. I’m not certain that T&S are friends to this value of mine. But I guess I forgive them because of the many women they DO help find confidence and self love. (Like the girl on the show who developed early, and was caught up in the skinny model image of beauty, so she wouldn’t wear anything but a baggy hoodie, to hide her curvy self. Enabling her to celebrate her form, come out of her shell, so to speak… I think that’s a wonderful thing to do.)

And then, I have learned a lot from them about WHAT NOT TO WEAR. I am always extremely appreciative of those I can learn from.