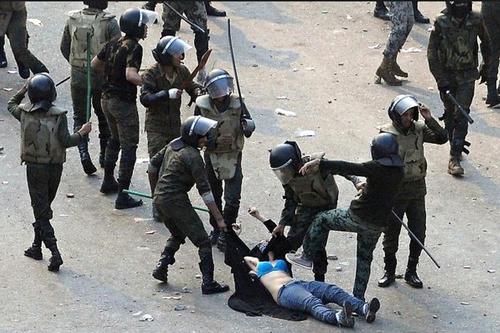 By now, the image of the Egyptian “woman in the blue bra”, being stripped, dragged, and kicked by soldiers is probably seared onto your retinas. It is on mine. Few images of women protesting for their rights have ever sparked that degree of coverage. I’m not exactly sure if the prurient aspect of her bra being revealed is the reason, or her presumed humiliation for being undressed that way… After all, women are often humiliated, with no international consequences.

I also wonder why three weeks of protests against the military government, and then escalation to violence where many women and men were beaten, shocked, and humiliated, and at least 10 people were killed (10 at that point; the number is now at least 17) – didn’t evoke a particular response.

Either way, what was astounding and wonderful in my eyes, beyond the recognition of the brutality and the reason for it – this brave woman standing up for her freedom – is the tremendous wave of protests by women in Egypt in response. For almost a week now, thousands and thousands of women are taking to the streets, saying – we are drawing a red line, and you may no longer cross it! (View video)

“It is your eyes that are cheap” 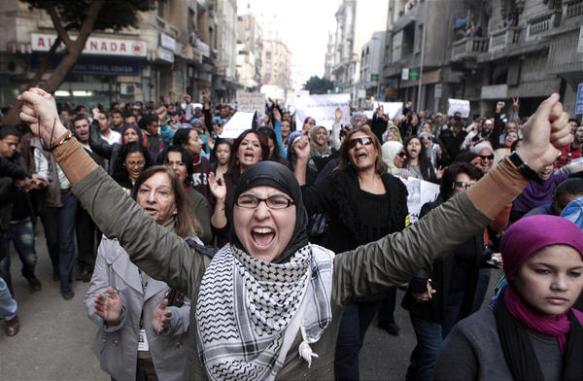 And in the spirit of the Tahrir, here are some other women’s protests from around the world this past week:

Late edit: I am happy to report that women were everywhere this week, so this is far from comprehensive. Let’s call it a very significant sample.

The Ukrainian feminist group Femen organized a protest in Minsk against Belarus’ authoritarian president, Alexander Lukashenko. In addition to commemorating the brutal shut-down of the protest of his fraudulent re-election last year, Femen protests sex trafficking carried out via Belarus. 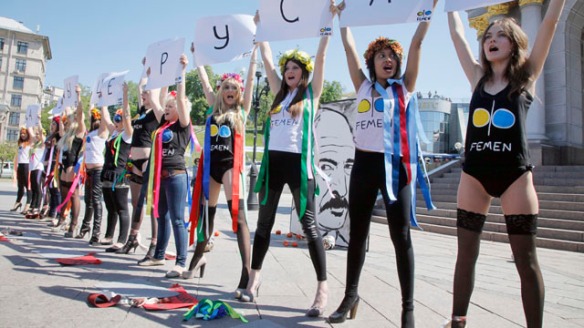 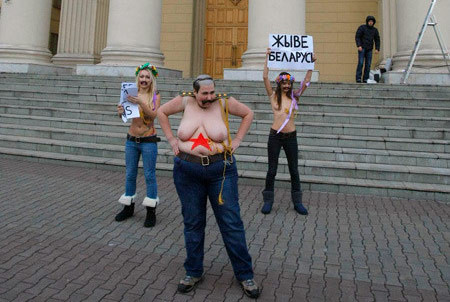 Protesters were teargassed, beaten, and many were arrested. Three of the protesters have reported that they were taken by the KGB, blindfolded, stripped, doused with gasoline and threatened with immolation. The KGB agents then beat them, cut their hair, took their money, clothes, and passports, and left them in the woods, 120 miles from Minsk. 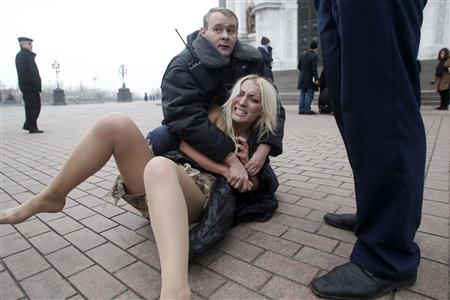 In addition, at least a dozen reporters were detained, including Australian reporter Kitty Green, and several Belarusian reporters. Though no charges were filed, the reporters were fingerprinted and interrogated, and the photos on their cameras were erased. In that spirit — view a photo album of the protest. 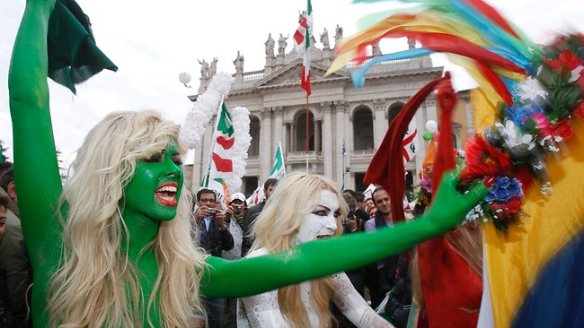 A women’s march in Yemen on Tuesday 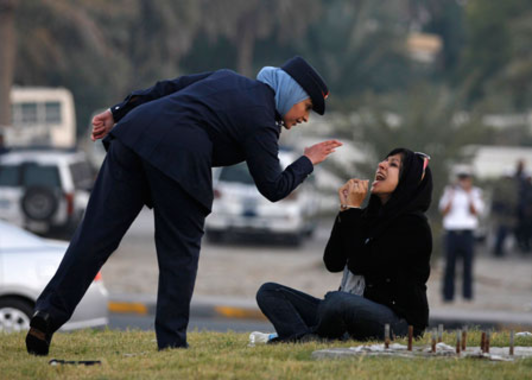 Bahraini women occupy a roundabout on December 15 — simply sitting there, asserting their right to be. Nevertheless, authorities violently removed the women, and beat and arrested activists Zainab AlKhawaja (shown above) and Fathiya Abduali. 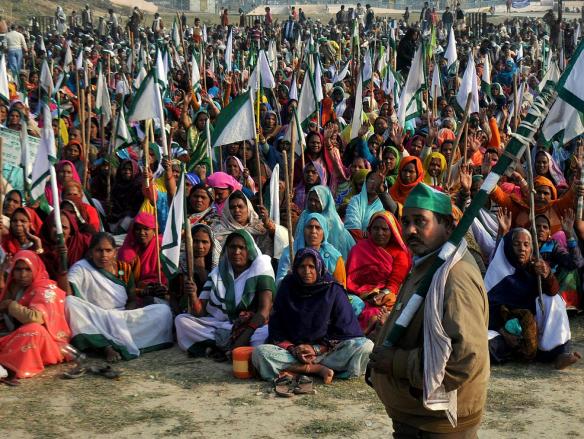 A sit-in demanding fair compensation for farmland seized by the government for private development.