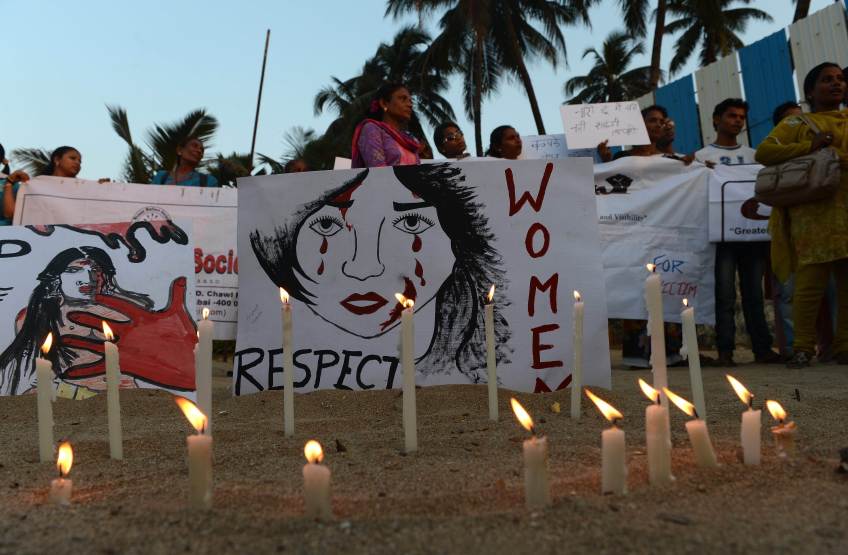 TOPSHOTS Indian members of NGO ‘Aastha’ hold placards during a protest in Mumbai on December 27, 2012, for better safety for women following the rape of a student in the Indian capital. Protests across India over the last week against sex crimes have denounced the police and government, with the largest in New Delhi at the weekend prompting officers to cordon off areas around government buildings. One policeman was killed and more than 100 people injured in the violence. AFP PHOTO/ PUNIT PARANJPE